A theatre troupe is preparing a contemporary adaptation of Euripides’s The Trojan Women, which they plan to perform at a playhouse that is hanging on by a thread to stay open. The play’s premiere is suddenly up in the air when a chain of hamburger restaurants tries to buy the building, but the troupe will give it their all to keep the production —and the playhouse— up and running. The actors take it upon themselves to tell one last story in the playhouse, but accomplishing their goal will require taking difficult decisions and embarking upon a journey in which they discover things they never knew about themselves. La compañía (The Troupe) reflects upon the fragility of the arts in the face of the conventions of success whilst examining the heroic aspect of the creative process.

A story told in two steps

La compañía is a production created for Sacramento Films, the managing firm of Seville’s Teatro Quintero. The format of our theatrical series Teatro a pelo got their attention and they wanted to bring it to their stage, so we conceived and developed the play as two independent parts of a theatrical series which, once put together, can be shown as a complete production.

This structure resulted in a new relationship between the audience on one hand and the story and its characters on the other, stretched across time and generating new desires, reflections, and positions in the expanse of time existing between one part and the other. Simultaneously, the unconventional structure enriches the actors’ relationships with their characters: a relationship whose creation is not subject to their fate and reinforces the consciousness of the present.

The theatre as… a theatre

In keeping with the philosophy of our series Teatro a pelo, the mise-en-scène for La compañía presents the stage space just as it is: a stage, plain and natural, without the artifice expected of the story. The resources of the stage space where the action —the theatre— takes place are used with no added scenic design. The stage space is your standard work space, with all the parts that usually wouldn’t be shown to the audience left perfectly visible. The seating area, the galleries, and the cabinet room are all integrated into the action and seen under the same lighting they would be during one of the troupe’s rehearsals.

The piece is performed stripped of all objects and trappings, letting the tension pique the audience’s curiosity and giving them the feeling that they are intruding upon a private moment: much like being present during the creative process instead of the presentation of the “finished” product — as if such a thing even existed in the dramatic arts. 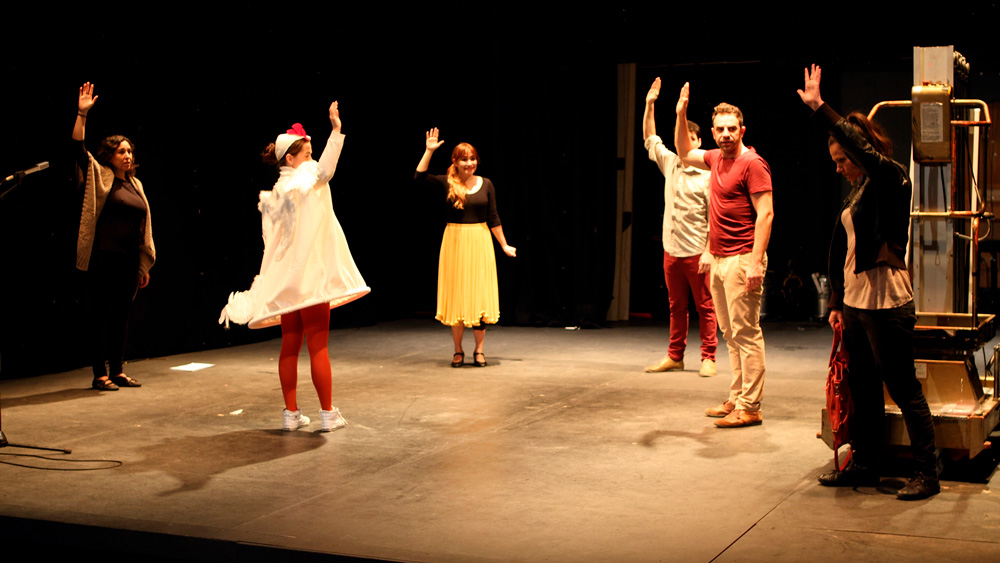 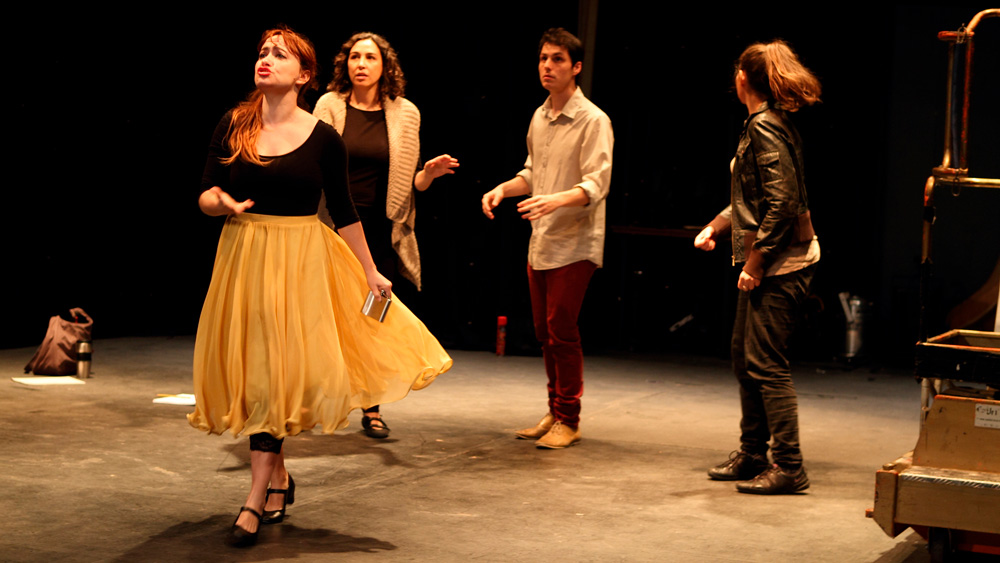